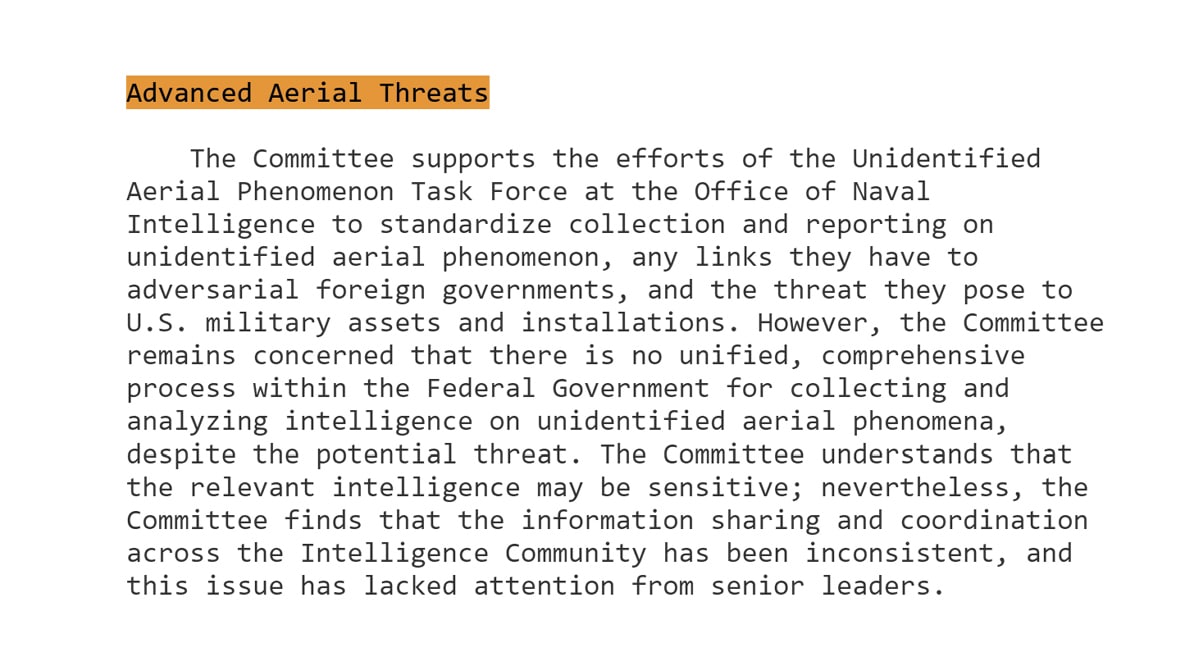 The Intelligence Authorization Act For The Fiscal Year 2021 contains an ultimatum for the government to issue a report on Unidentified Aerial Phenomenon (UAP) in no less than 180 from the time of signing.

I had to do some digging to find the passages relating to the government disclosure of UFO activity so thought I would share it here.

Full Text of the Passage on Advanced Aerial Threats

The Best Metal For Dowsing Rods Unexplained music while camping

Woman sexually assaulted by a spirit for two years.