Why Would You Make Hostess Cupcakes Ice Cream? 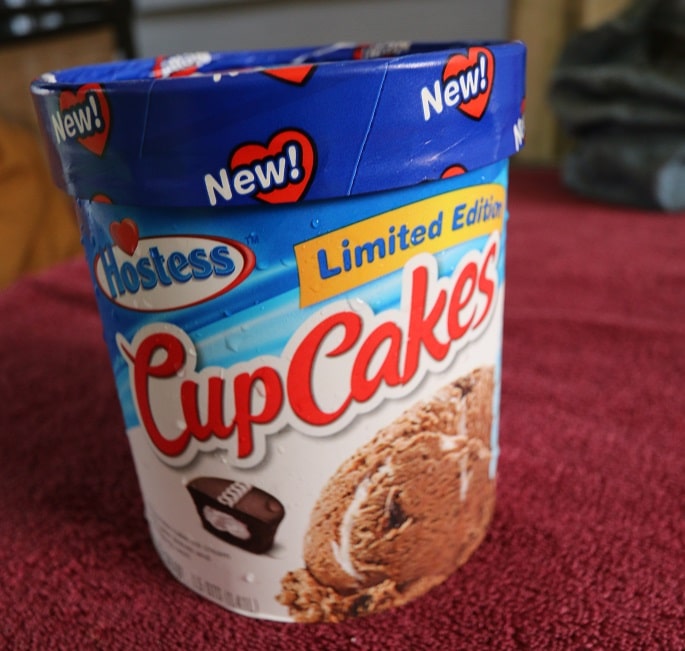 If you know me, I like trying strange things I find in the store.  Some I even wind up liking. The jury is still out on the cappuccino flavored Lays Potato Chips.

That being said, when Jacquie and I ran across the whole line of Hostess ice cream and ice cream sandwiches in the store, we knew we had to try at least one of them. We settled on a review of the Hostess CupCakes ice cream. Twinkie seemed like a really unlikely flavor and the Ding Dongs only came in ice cream sandwiches.

If you aren’t aware, the venerable Hostess company went belly up back in 2013 and we all thought the impossible had happened, that the Twinkies would run out prior to the zombie apocalypse.

But the Hostess brand rose from the ashes at least in name. A new company was formed to buy up the rights to the name and I would assume the recipes. By the end of the year, CupCakes and Twinkies were back on the shelves. Now I’m not one to throw shade for no reason, but it is pretty obvious some cost cutting measures went into effect. CupCakes have gotten smaller, I’m pretty sure, as have the others.  To maximize revenue, I would assume, the new Hostess company is doing things like making a limited production ice cream as well. Hey why not, it can’t be worse than Crystal Pepsi.

I digress however, we had to pick up some Hostess CupCakes ice cream and give it a go.  The video below is the result of that adventure!

Have You Tried This Ice Cream?

If you have tried the Hostess CupCakes ice cream, drop a comment below and let me know if you agree or disagree with our opinion of it. Our friend Tracy thought it was good and Morgan didn’t hate it, but she is 13…